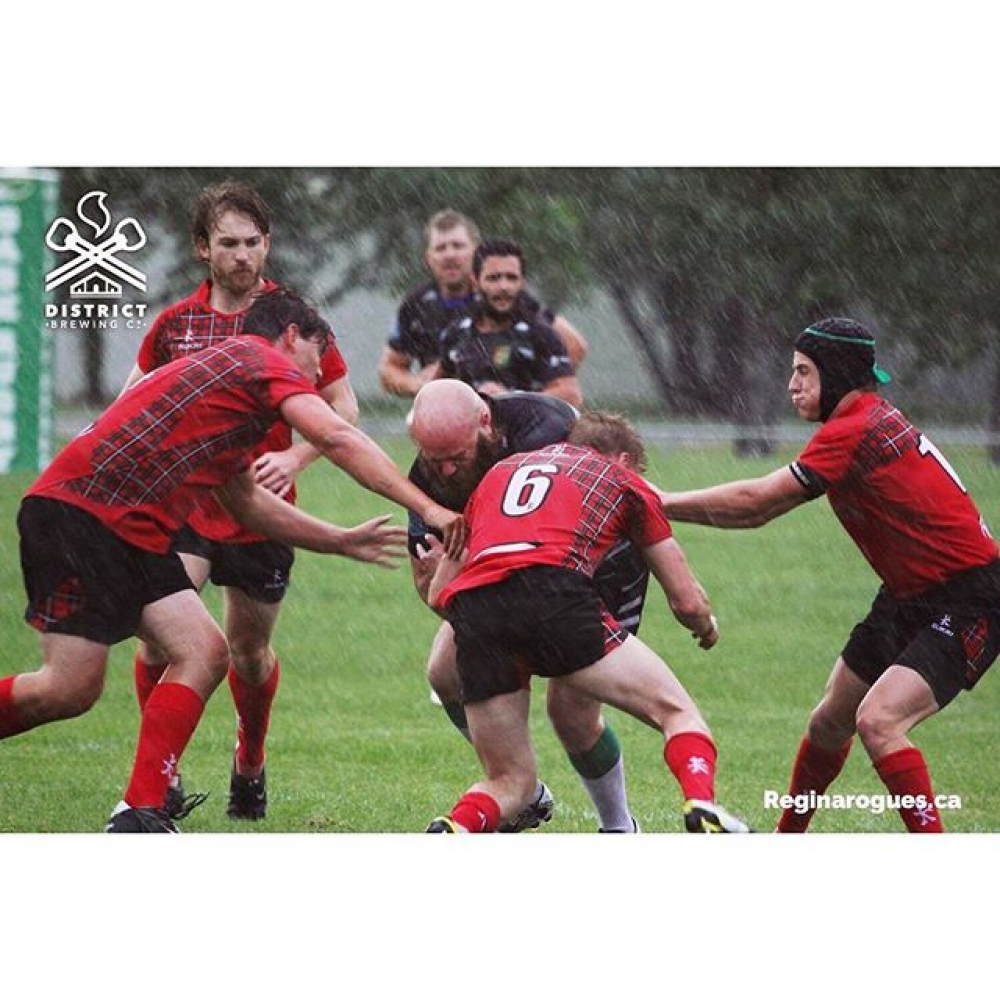 The 2018 season kicked off at 7:15 Friday evening, with the Rogues facing the highlanders in the beautiful sunlit skies of Regina Saskatchewan.  Right from the first kick the Rogues came out excited and focused, as they took control of the first 20 minutes of the game.  Twice in a row the boys in green marched down and asserted their physical prescence, capped off by tries from Patrick Young and Alek Silzer.  Credit due however, to the highlanders, who did not give up after being down two quick scores.  Aided by the Rogues lack of fitness and some poor tackling, the Highlanders scored 4 tries of their own, and lead the Rogues 24-12 with 20 minutes remaining.

In true rogues fashion, the team battled back into the lead once again, after a gutsy effort by Mark Discombe to reach across the line, and a well earned penalty try.  With 10 minutes remaining, it was 26-24 for the good guys, and both teams were commited to fight to the last whistle.  As an effort to secure the game, Jon King gave a short pass through the Red Sea right before getting flattened into the earth by a late tackle.  Though it looked as if Pat was going to cruise in for his second try, the play was whistled down and brought back for the penalty.   Given a new lease on life, the Highlanders seized the momentum and managed a turnover deep in the rogues half.  With a final push the highlanders broke the line, just as the clock hit 0's.

It was a well deserved victory by the Highlandrs men as they showed tenacity, and the ability to capitalize in important moments.  One shining light for the Rogues was the introduction of brand new players getting their first taste of Senior rugby.  Congratulations to all those that put on the Green Jersey for the first time, we are very excited to see what the future holds for all of you.

Both teams fought hard in this one, and whoever ended up with the ball at the end was likely to win.  If This game was any indication of the future, the next meeting between the two should be one heck of a match, that we are reeeaally looking forward to.

The Rogues look to bounce back this week as they face-off against the Condors on Wednesday.