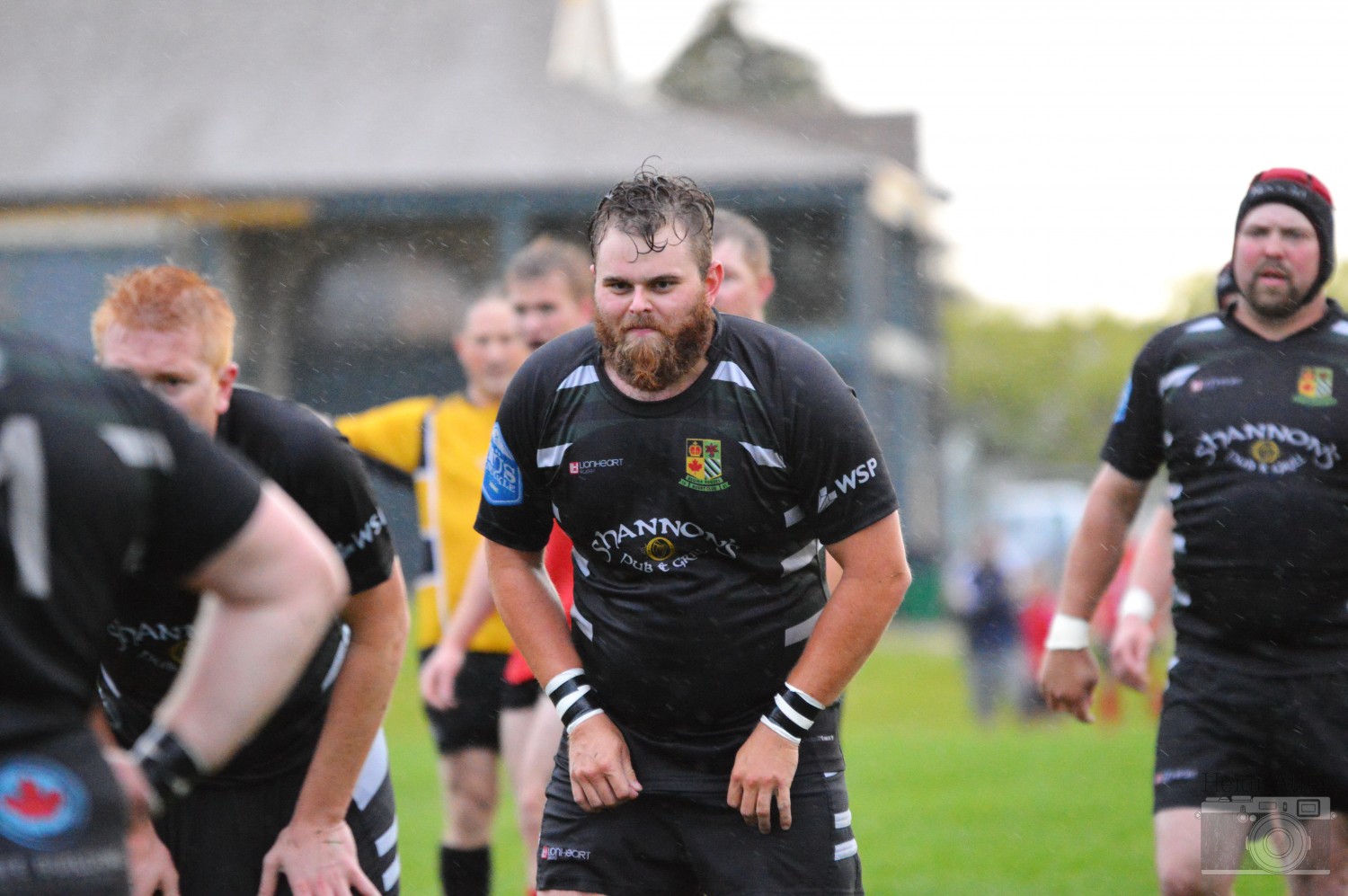 Like Saskatoon, this game’s predominant feature was the rain. What started out as perfect weather for rugby degenerated into a rainy mess by kick-off. Weather like that really changes attack and defense. The other feature was the attendance of the full contingent of South Africans. In addition of the three who played in Saskatoon, three more decided to play for the Rogues. It is lucky indeed that they chose our club to join as their presence was immediately evident.

The Highlanders featured a big, bruising forward pack along with some hard running, tough backs. The Highlanders also unleashed their Canada u17 number 8, back from Shawnigan Lake School, on us. Right from the kick-off, the Rogues met the challenge. With our largest bench in the last two years, the Rogues and spectators got to witness some ferocious tackling. Pieter Sterrenberg and Ethan Anderson provided hits so hard, they could be heard on the sideline. It was very inspiring for those watching to see that level of commitment on defence.

Against a strong wind, the Rogues managed to score three unconverted tries in the first half. Though the Highlanders got close to our line a couple of times, committed defence turned them away with no points. At half, the team was in excellent spirits and Kier Trainor had substituted Pieter Sterrenberg.
The second half was similar to the first, except that the Highlanders were coming up much faster in defence to counter our expansive passing game. The Highlanders were able to put more pressure on the Rogues resulting in some sporadically sloppy play. The weather hampered our ability to move the ball effectively as many of our longer passes were dropped or they hit the ground. Luckily, the score line allowed the majority of the Rogues and all the South Africans to play at some point in the game. The Highlanders did manage to put together some nice phases together, led by their Number 8, to score twice in the waning minutes of the game. The final score was 27-12 Rogues.

Again, the South Africans really put on a demonstration of the skills they learn at a young age. They continually put in huge tackles, stole ruck ball, and ran effectively with the ball. It is extremely fortuitous that they decided to play for us as they have inspired the Rogue players to want to practice, prepare better, and win a spot on the squad. However, not everything went our way.

After not playing last year, Landon Novak made his debut with the Rogues this year. He`s been healing an injured shoulder, but felt ready for the game. I eagerly anticipated Landon`s return because he has played so many brilliant games for the Rogues over the years. Unfortunately, Landon dislocated his other shoulder during the game. Though he came by after the Dr. at the hospital reset his shoulder, he expressed that rugby may be over for him. Luckily, Vaughn Rice was available to play for us for the first time this year, and he came in for Landon.

That win puts us in first place as the Grads lost to the resurgent Condors. There is a lot of potential for this team in the playoffs, but it requires dedication. Continuing to attend training and train hard will pay dividends for the Rogues. There are only 4 1st div games left in the regular season so I signed the Rogues up for 2nd div games. These 2nd div games will give opportunities to those who don`t get the time they would like in 1st div, older players, and some of our Leboldus players. Keep an eye out to book time off for the 2nd div games as they aren`t on the schedule and will be coming up soon.

PS. A big shout out goes to Cody Meyer-Giede. This is his first year and he really seems to have a passion for the sport. It was his birthday on game day, and he never got to play. After the game he still retained all his enthusiasm for the team and the game as he celebrated the win.