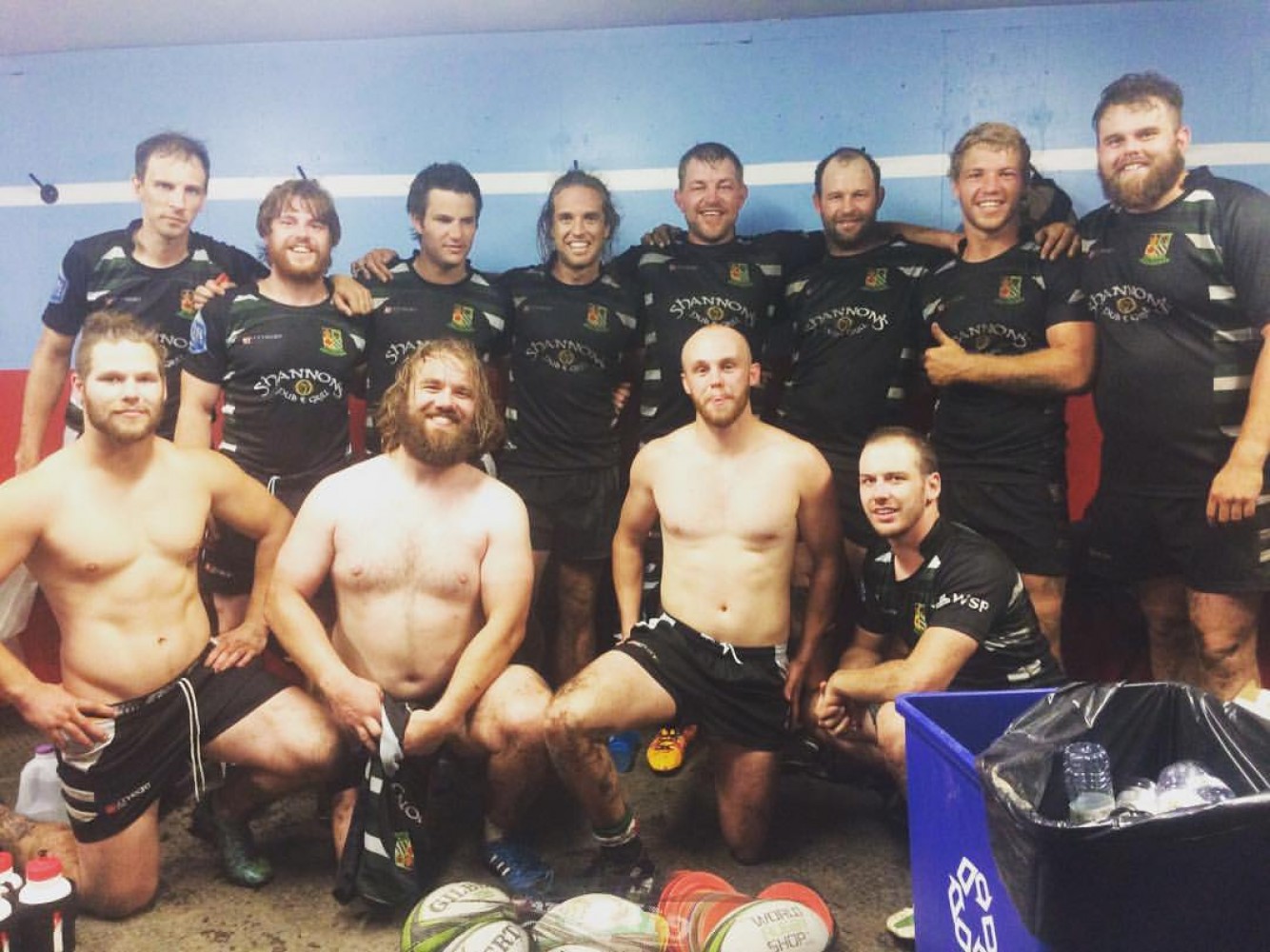 It wasn’t a promising start. By the time we started the drive, we knew we would only have fifteen players; one of those never having played a full game before. As we neared Saskatoon, we were hit with a thunder shower which looked like it would turn the fields into a swamp. Luckily the heavy rain stopped before the game and we were hit with light rain during the game. For as much moisture as it had absorbed, the field was in pretty good condition. The combination of the Oats having beaten the Grads the week before, us travelling, and having no subs, I was quite worried.

The Oats have always had a big, strong pack, and game day was no exception. However, the script didn’t go as planned for the Oats as we opened the scoring. Marcus Hall displayed his athleticism repeatedly as his running and chip kicking really frustrated the Oat’s defenders. Mark Discombe eviscerated the Oats with his tactical kicking and his ability to kick long-range penalty kicks. The Oats back three did not look confident as Mark kept them disorganized with his kick placement combined with our effective kick coverage. Our four South Africans played brilliantly on attack and defense. Our undersized and under- experienced scrum managed to win most of our scrums. The Oats big British Number 8 who had a brilliant game against the Grads the previous week was held in check by our defense. We had a sizable half-time lead.

To the Oats credit, they did mount a vigorous comeback against us. However, it seemed like every time they scored, we countered with a try or penalty kick of our own. The game was entertaining and well contested. Luckily we took home the ‘W’.

I’d like to personally thank all those Rogues who sacrificed their Saturday to come up to play. Special mention goes out to Cody Meyer-Giede who played his first full game… at second row. Another special mention goes to our South African contingent. All of whom played with the tenacity and the skill one would expect from a South African rugby player. I would consider coming out of retirement just to play alongside these guys as their passion for the game is evident in all phases of the game.
Though we took home the win, there is still plenty of work to do. We still have a habitual non-practicing mind set which has been frustrating me continually. We have put a lot of points up this year, but we are also giving up a lot of points. Our defense must improve if we want to successfully challenge our opponents in the play-offs this year. Make the team a priority and it will pay dividends.