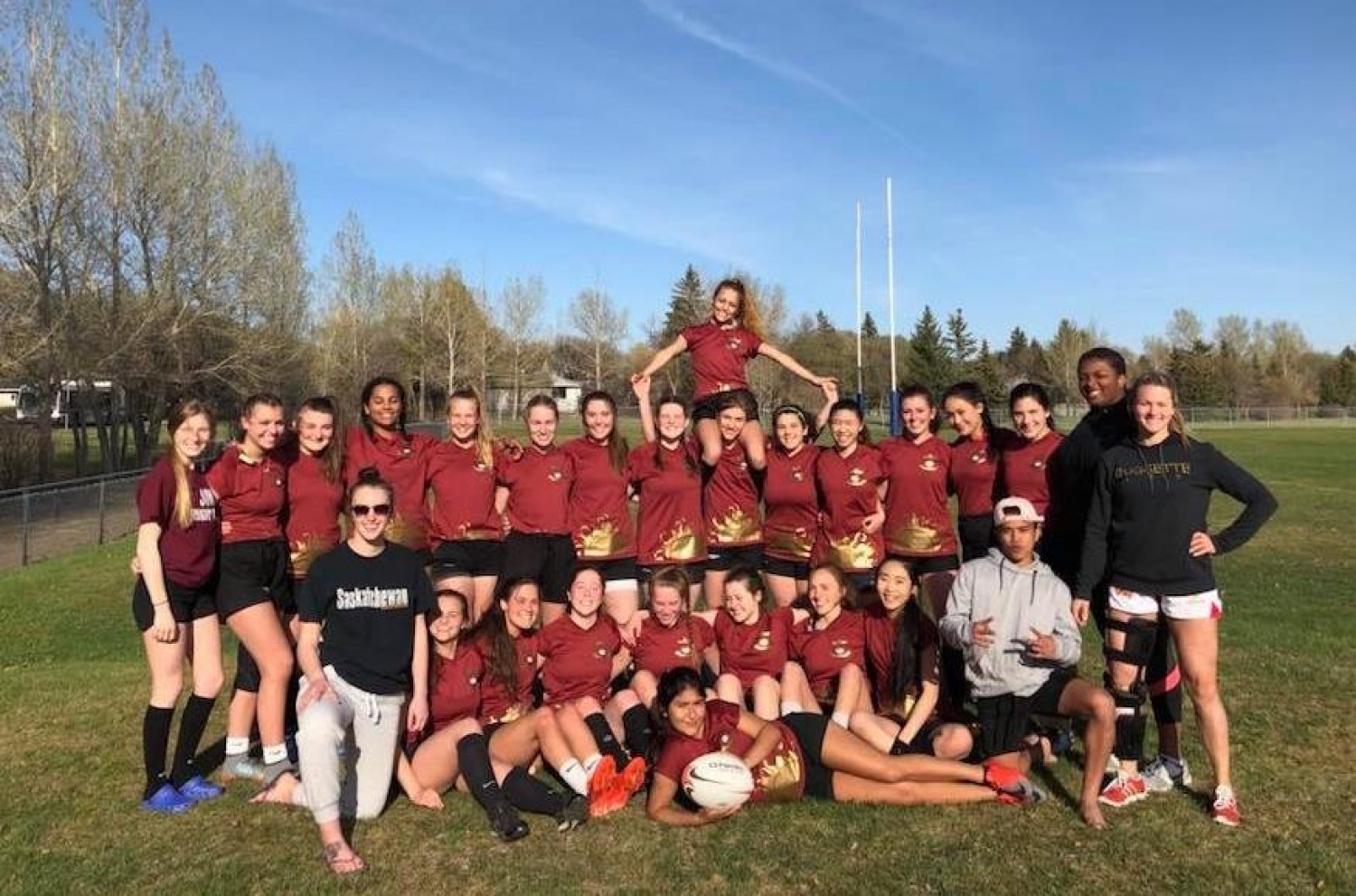 It was a successful week of rugby all around for the Regina Rogues.  Kicking off the week of play was the Juniors, who faced off against the Jr. Highlanders in a mid week contest at the RRU.  The young men won an exciting match against the Grads and company, 26-12.  They showed outstanding ball control, and knowledge of the game, as they methodically worked their way over the try line 5 seperate times.  Big thanks to all the coaches for their hard work this spring in building an excellent program.

The Junior women also won their match against the Jr. Condors 47-12.  The suns showed total control of the game from kickoff to the final whistle, a testiment to Jess Barre and the foundation that she has built with her young women over several years.  Asha Dzisah was the standout of the game, being an unstoppable force on offense.

On the senior side of things, the Rogues men faced off against the Grads on friday evening, and came out on top 64-10.  The rogues showed their experience against a very young Grads squad who performed admirably and kept it close for much of the game.  Two bright spots for the boys in green were Mitch Novak and Pj Mancao, who each scored hat tricks from their spot on the wings.  Their speed and elusiveness proved deadly, and helped secure the win for the Rogues.

The Rogues look to continue their winning ways this weekend, in an interlock game against the Saskatoon Krems, Saturday at 1:00pm.

See you on the pitch!